This latest series of paintings start with flicking acrylic paint on background-prepared water colour paper in a random but somewhat planned style.

Then begins the journey of finding elements that emerge from within the splatters. Sometimes it's yachts, sometimes birds, and at other times landscapes or simple patterns.

I then bring out the elements by using a combination of aquarelle pencils (activated and non-activated), and water colour paint. 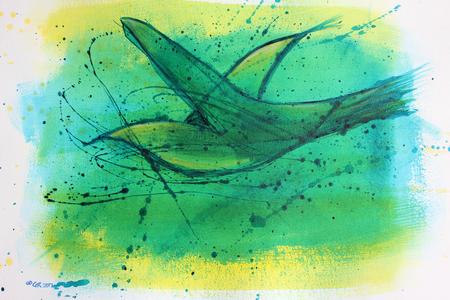 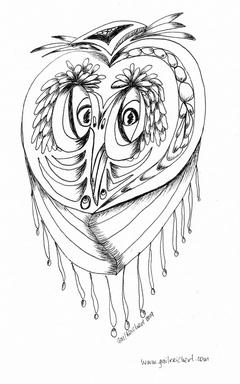 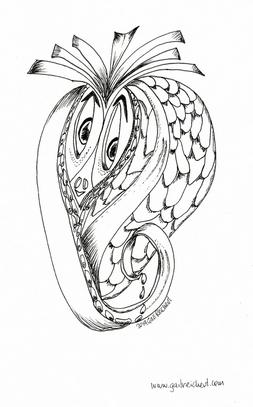 After I'd done this painting for a week or so I become more fond of it. I realised it reminds me of the Bombay Hills that separate Auckland from the Waikato. The Waikato River brought herself into frame at the bottom of the picture. New Zealand's longest awa or river, she flows from Lake Taupo to reach the Tasman Sea at Port Waikato, some 425 kms later.

He rere manu - a flying bird
This reminds me of our New Zealand native crow called a tui. They are gregarious, aggressive and very active birds, chortling their songs as they lay claim to their territory.

Find more of my art for sale at http://www.redbubble.com/people/trueinsightsnz 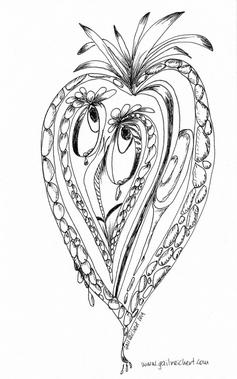 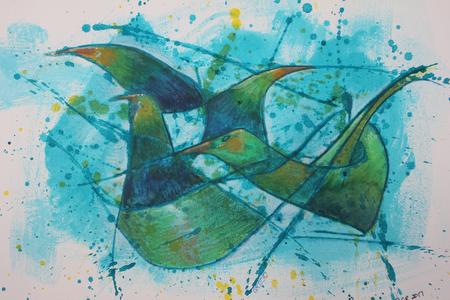 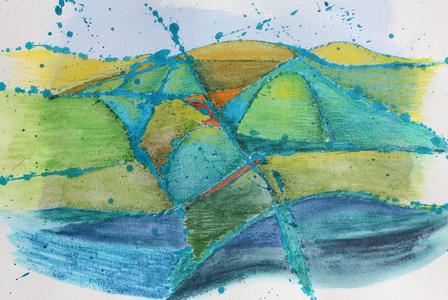 Birds of a feather
These birds are representative of our native pigeon called kereru. These are large birds that feed on berries and seeds. While quite often seen in their pairs, I hear them as they come in to feed on the local guava tree. You can hear their wings beating as they manouevre to land near the fruit that will fill their bellies.

These 'Grombles' emerged when I was doodling one evening, just letting the shapes make their form. Somehow they know what they want to become, and I just make the shapes.